Journal of the Royal Society Interface (2020)

Scratch assays are routinely used to study collective cell behaviour in vitro. Typical experimental protocols do not vary the initial density of cells, and typical mathematical modelling approaches describe cell motility and proliferation based on assumptions of linear diffusion and logistic growth. Jin et al. (2016) find that the behaviour of cells in scratch assays is density dependent, and showed that standard modelling approaches cannot simultaneously describe data initiated across a range of initial densities. To address this limitation, we calibrate an individual based model to scratch assay data across a large range of initial densities. Our model allows proliferation, motility and a direction bias to depend on interactions between neighbouring cells. By considering a hierarchy of models where we sequentially remove interactions, we perform model selection analysis to identify the minimum interactions required for the model to simultaneously describe data across all initial densities. The calibrated model is able to match the experimental data across all densities and captures details about the spatial structure of cells. Our primary findings provide strong evidence to suggest that motility is density-dependent in these experiments. On the other hand, we do not see the effect of crowding on proliferation in these experiments. These results are significant as they are precisely the opposite of the assumptions in standard continuum models, such as the Fisher-Kolmogorov equation and generalisations of the Fisher-Kolmogorov equation. 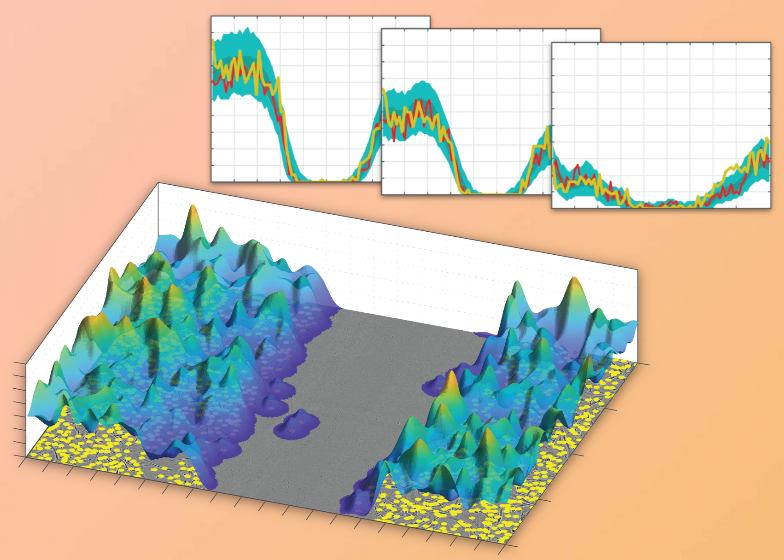